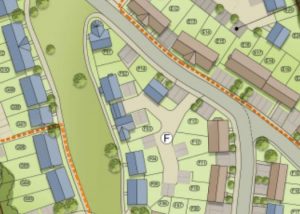 The average household in the UK emits 2.7 tonnes of CO2 every year from heating their home. The Government’s Committee on Climate Change (CCC) has identified the need to reduce emissions from the UK’s buildings – which made up 19% of the UK’s overall total emissions (2017 data). The government has already declared that we will have to move away gas central heating in new homes constructed after 2025. However that’s not the whole story. The way a house is constructed is very important when it comes to reducing greenhouse gases. The UK was very close to achieving the design of new homes to a ‘net zero carbon’ output in 2016 but the Government backed away withdrawing the regulations. However, since then new evidence has persuaded Parliament to legally commit to the UK achieving ‘carbon net zero’ by 2050. To achieve net zero action will be needed on many fronts including how houses are built.

In the latter part of 2019 the Government consulted on new standards for building regulations (to come into operation from 2025). Our Society took a look at these proposed regulations and found they were only aimed at making a 31% improvement! We decided to make a robust submission to the government asking them to go over ‘carbon net zero by 2025, in just under 5 years. A bold request you might ask?  Our Policy Officer Vic Ient studied reports from a number of organisations including the Passivhaus Trust  and found that the technology and design capabilities are already available to achieve ‘net zero’ carbon emissions. Click below to see our report and submission: