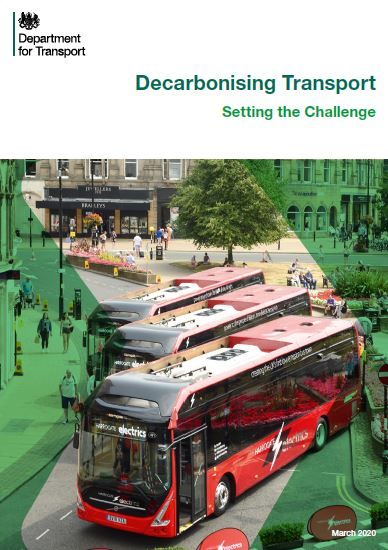 On 26th March 2020 the Department for Transport (DfT) published its Decarbonising Transport Report, outlining priorities that it hopes will put the UK on a path towards a net-zero transport system and consequently improve air quality. It says that an important aspect of reducing emissions from transport will be to use our cars less and be able to rely on a ‘convenient, cost-effective and coherent’ public transport network. Whilst the report suggests we should be driving less often, much of the document focuses on the shift towards electric vehicles (EVs). In introducing the report, the Transport Secretary Grant Shapps said

“Public transport and active travel will be the natural first choice for our daily activities. We will use our cars less and be able to rely on a convenient, cost-effective and coherent public transport network.”

Many organisations have picked up on the report welcoming it enthusiastically including SUSTRANS, Living Streets,  CyclingUK and Campaign for Better Transport They all say they are looking forward to working with the Government to decarbonise transport.
Click here for the Creating the Transport Decarbonisation Plan to go to the Government’s announcement. If you want to read the plan without downloading it, CLICK HERE.

Other Government news on the development of sustainable transport:

Feb 2020:      Government to pledge £5bn for bus services and cycling routes Further details are promised a new National Bus Strategy to be published later this year. There are also promises to create 250 miles of new cycle and plans to make cycling safer in towns See also: Government to invest £1 billion each year to improve bus services

Feb 16th 2020: All 3,000 bus routes axed because of government spending cuts will be restored and passengers could soon be “calling one up on your app”, the transport secretary has claimed